skip to main | skip to sidebar

We have shared a post with you on the famine plague that Nostradamus predicted in C4.Q30 with a full explanation of the prophecy. [1]

As I am writing this I can smell pie and mash and that is a well known dish in England. I loved it as a child and Sophia, Lily and I would go to eat it at a place called the Angel in North London. There was also another pie and mash shop at Mount Pleasant, and in the East End of London. It really is a delicious dish if you like the best of pies. It was economical and we would take some home for dad because he liked it very much too.

The mash is made from potato and it is part of the nightshade family. Inside the pie pastry made from flour is the meat. Where did they have what is known as the potato famine? Ireland = Church = Vatican.

Meat is also from minced beef, and the LORD God warned the people not to eat meat with hooves. Pie and mash is also served with what is known as a green liquor. You can call it a sauce or gravy,  it is a green parsley sauce. What is included in gravy and sauces? Flour. Where does the flour come from wheat and grains.

I eat very little wheat as my body does not like the bread that most people eat. I have an allergy to it, if I eat just a little too much. In recent years the LORD also asked me not to eat dried foods, and he instructed me to only eat live food. In other words, food that is high in energy, like uncooked foods, salads, fruit and vegetables. He also asked me to eat little and often.

In the UK parsley sauce is also served with fish and fish is a symbol associated with Christians. 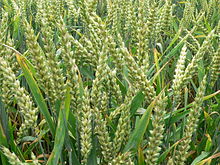 Nostradamus also made a prophecy about the fish dying in the heat, at the same time that fire would come from the sky upon a place in France. The specific location is well known for LOURDES, this indicates that this famine plague is to do with Christian countries and the Northern Hemisphere, that aligns with the 48 degrees. Nostradamus mentions 48 degrees, and 48 degrees is to do with the grain belt, and the latitudes that intersect them in the Northern Hemisphere.

48 is also a number associated with me and the scriptures predicted that I would be 48 years old when I would be summoned by the heavenly Father. That fact is true. I can testify that the prophecies delivered by the Son of God are true.

So how do the prophecies of Nostradamus align with the biblical prophecies? They align with chapter 6 in the book of Revelation.

When the Lamb opened the fourth seal, I heard the voice of the fourth living creature say, “Come!” I looked, and there before me was a pale horse! Its rider was named Death, and Hades was following close behind him. They were given power over a fourth of the earth to kill by sword, famine and plague, and by the wild beasts of the earth. Rev 6:7-8


In 2009, I was shown a wild turkey and Turkey as declared its rules of engagement with Israel. Turkey is also mentioned in the book of Revelation and the prophecy mentions the seat of satan, the adversary of the LORD God. The scripture tells Turkey to repent.


In 2008, God said that the USA was a dinosaur, in 2009, he also showed me a vision of a hairy dinosaur as being symbolic of the USA, and he said that Americans were ignoramus to do with halloween. Billions spent on halloween, billions spent on war every year. They have even built theme parks for Harry Potter.


Erdogan is certainly a pale skinned looking horse, and there is a great deal of death and hades behind him, due to what the Islamic Caliphate did when they were building the Otomon empire that took the land of others. Some of which they still retain from Syria, Greece and what was Armenia. The fourth of the earth is a quarter of it.


It is written that in the creation narrative in the Hebrew bible, it is to with the sun and moon on the fourth day of the divine week. Rev 6 also mentions the sun and moon. The Church observes the fourth day as a day of fast, and in the prophecies of Isaiah the LORD God rejects the fasts of the orthodox, it states that was not the fast that he asked for.


However, as we are talking about a famine plague, it is important to note that the fourth day also relates to meat products, poultry, dairy and fish.


Gemini is my moon sign ruled by Mercury, and I have the moon under my feet. 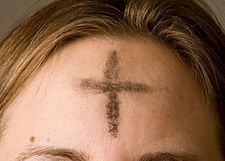 The fourth day is also related to ASH WEDNESDAY, and last weekend
I saw the Ash Mountain, prior to the news about the evacuation being planned
in the Canaries. Ash wednesday got its name due to the Christian tradition of
putting a cross made of ashes on their forehead. Ashes are a symbol of death
and mourning. The next Ash Wednesday is on the 22nd of February, 2012,
in 2013 it comes on my birthday, February the 13th. 13 x 2 is 26, and that is
the Hebrew gematria value of the name of God.


It comes 46 days prior to Easter, seven weeks before hand. The Church made the imposition of the ashes a sacrament. In the ancient pictographs the cross sticks have the meaning of a sign or mark. It is the Hebrew letter TAV and it as the sound of T. 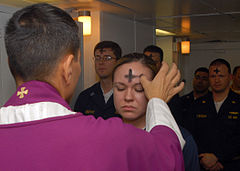 In Ireland and the rest of the UK, Ash Wednesday is 'No Smoking Day'. Lent lasts for 40 days and 40 is the number that relates to Moses and the 'Age of Iris' Nostradamus prophecy, about the one that would not be seen for 40 years, after that she could be seen everyday for 40 years.


Moses spent 40 years in the wilderness, that aligns with the bible that states that for 40 days Jesus was fasting and endures the temptation from satan. A day in Judaism can also be a year. My view of this is, that he wasn't fasting in the way that the Church have expressed it, because the Son of God knew that the fasting to do with food is not what the LORD God asked for.


This is confirmed in the words delivered by Prophet Isaiah. In the Gospel of Thomas he also spoke against fasting with food. So who is telling the truth? Prophet Isaiah and Apostle Thomas or the Vatican?


The word for 'fourth' in Greek is 'tetarti'. I will update this post because I cannot access the Greek lexicon on-line to check the word fourth with the passage in the book of Revelation to double check it.


Also note that this is also a FOUR year and the first quatrain that we shared with you is 4:30. The 30th week began on July the 25th. [3] On the 25th of July, it was reported that the UN sent an envoy to meet with the rebels with a peace plan. [5]


We all know the results of Obama's peace plan don't we, genocide. 2008, an astrologer did a chart on the USA and he predicted that the elected president would be a war monger. We also told the Americans that Bush was the starter, and Obama was the main course. Whatever happens, he must not be elected again, his 42 months are nearly up.


The LORD GOD does not call Libya, Libya, he calls it LIVIAH. That tells me that it is not meant to be in Islamic hands. The Coptic Church as been in Libya since ancient times and many of the African migrant workers that have been murdered have been Christians. The Egyptian Church was there long before the Arabs took it over and there are also 50,000 Italian Catholic Libyans living there. The Bishop of the Anglican Church of Libya is seated in Cairo. [5]


I can smell burning smoke again. When Pope Benedict was elected I asked about him, and I was told by the Son of God "It will be genocide for the Church".


Let us finish this post with the Nostradamus prophecy.

C5:98 At the forty-eigth climacteric degree,
At the end of Cancer very great dryness:
Fish in sea, river, lake boiled hectic,
Béarn, Bigorre in distress through fire from the sky.

This video also mentions Italy and Greece. It also features earth scientist Greg Braden and they simply do not understand why this is happening. The end of Cancer is also July 22. There have also been a lot of massive fish kills this year.

We can help you, but you have to work with Messiah Joseph that was sent to help the people to avoid the famine.

6. http://en.wikipedia.org/wiki/Christianity_in_Libya
Posted by Eliakim at 11:24

HOLY TO THE LORD

The Flame of Joseph, the Messenger of the Covenant at a Charity Event 2007, UK. Holding the Keys in both hands in the land of Joseph. Hair created YUD for divine purpose. She was born with a double crown on the 13 February. All part of the criteria that is huge in both depth and breadth, in his divine authority.

The Harp of Faithfulness,the instrument of the LORD. Spiritual alchemist predicted by Malachi, planted in Jezreel in May 2006 as Hosea predicted. The LORD kept his promise to Israel and the children of the world. She is the flame of Joseph, an unfettered flame of divine love in manifestation on the earth plane. 2007, sent back to Israel, Jerusalem to deliver the everlasting covenant for the children. The reward predicted by Isaiah. http://youtube/foheMBXALI0 The Lord of the Breakthrough is indeed here with the right hand of righteousness. Do you require help to make a breakthrough?

THANKSGIVING, ARE YOU A GIVER TO THE MESSENGER OF THE COVENANT? ARE YOU READY FOR NEW JERUSALEM?